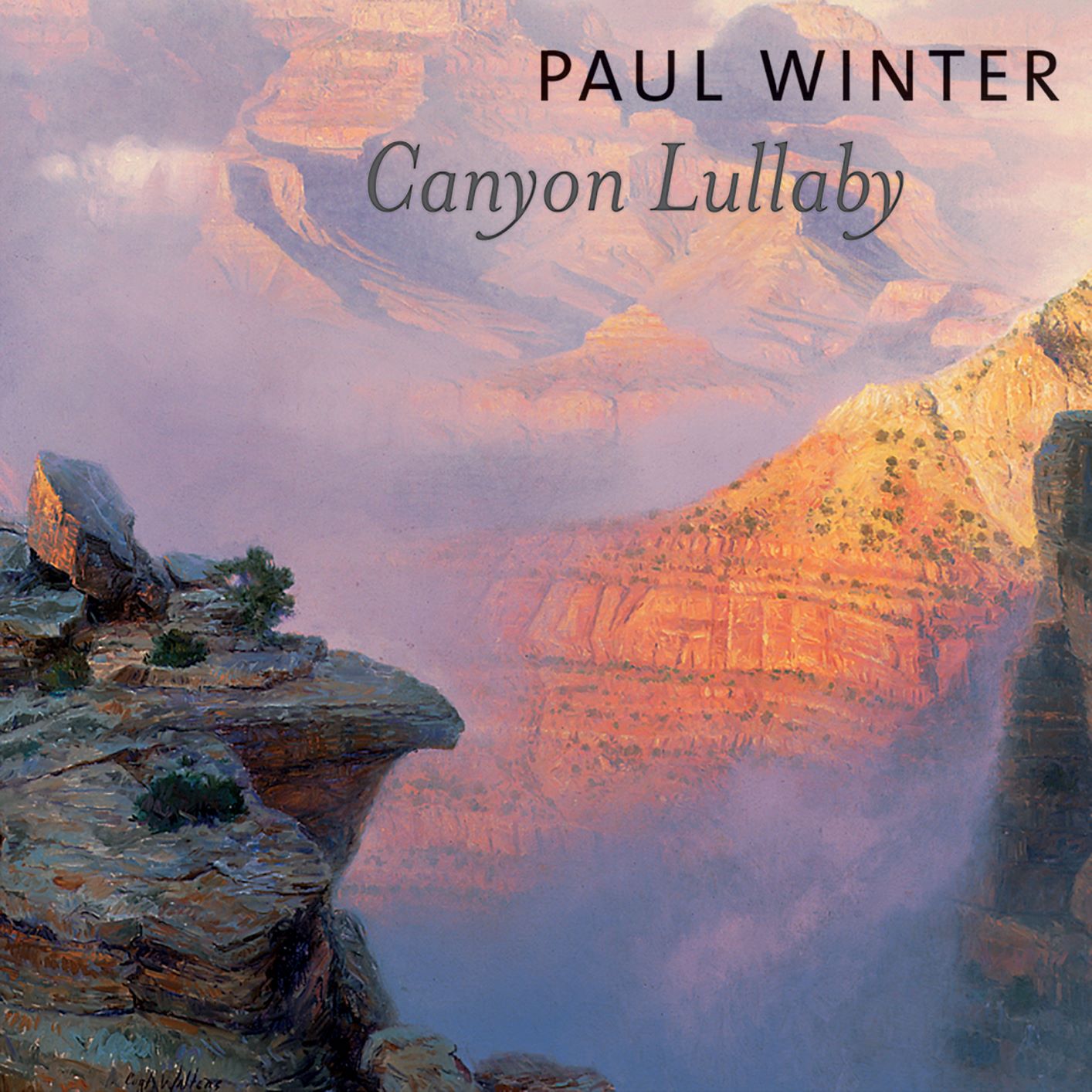 Nominated for a Grammy Award in January 1998, Canyon Lullaby is Paul Winter’s long-awaited first solo sax album, and the first Surround Sound album of music recorded in the wilderness.

Lyrical and haunting, Canyon Lullaby showcases Winter’s soulful soprano sax within the extraordinary acoustics of the Grand Canyon, among a symphony of wildlife voices.

During the creation of Canyon Lullaby between 1995 and 1997, Winter made three recording expeditions into the Grand Canyon in search of the sound-ambience that captured the feeling he wanted to express in his music. He and his team of engineers backpacked two 8-track digital machines and a solar power system into a remote area of the Canyon where they found the 7-second reverberation time Winter had been seeking. The result is a profound experience of the Canyon; Winter’s rich tones and yearning melodies resonate in the awesome space, and the recordings reflect the Canyon’s varying moods as the ever-changing background voices of birds and insects from dawn to deep night become part of the music.

Winter previously recorded an ensemble album in the Grand Canyon, his 1996 ground-breaking and best-selling Canyon, which was also nominated for a Grammy Award. He has won Grammys for his recent albums: Spanish Angel, recorded live on a concert tour of Spain, Prayer for the Wild Things, recorded in wilderness areas of the Northern Rockies, and Celtic Solstice, a contemporary celebration of the Summer Solstice.

Continuing Winter’s legacy of state-of-the-art outdoor recordings, and further refining his musical-ecological vision, Canyon Lullaby is a tender lovesong to one of the most dramatic yet intimate landscapes on earth.

PAUL WINTER ON THE CREATION OF “CANYON LULLABY”

In August of 1996 […] Chez and I were blessed with the birth of our first child, a daughter, whom we named Keetu.

Leaving for the Canyon when the baby was only three weeks old was very difficult for me. […] My thoughts were constantly with Chez and Keetu, and it seemed now that every piece I played was a song to them. 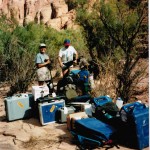 I returned [to the Canyon] in 1997, this time with three engineers and a solar-powered multi-track recording system. It took us collectively a total of 26 hours to back-pack all the gear in from the River.

I played at all times of the day and night, in concert with whatever wildlife happened to be giving voice at the time. I began to imagine an album journey that travelled through twenty-four hours in the life of the Canyon, starting before dawn and ending in the deep night.

Some of the new melodies had a lyrical quality similar to traditional lullabies, while others seemed to have the kind of bitter-sweet longing that Brazilians call ‘saudade’.

In Ireland I had learnt from my friend, singer Nóirín Ní Riain, about the kinship, in Celtic tradition, between lullabies and lamentations ‘that touch more into the psyche than do love affairs or praising the land’. Lullabies originally often had magical vocables and contained magical intervals; they were for the dusky mysterious transition hours and they were meant to speak of a great yearning, of the most tender moments, and of deepest fears. I chose the title Canyon Lullaby because these are songs of my own yearnings, of my feelings for my first-born which have awakened in me a new tenderness for life, and of my deepened sense of awe for this planet as I stood in one of its most profound places. In that great and reverberant space, under the desert sun and the midnight stars, I called out to the Earth and it resounded in response.

“Since Paul Winter visited the Grand Canyon in 1963, this American musician has felt a special attraction for this marvel of nature. Now, solo (after many albums with his Paul Winter Consort), with his little child on the back, and armed only with his splendid saxo, Winter has returned to this land to create the music of an album that sprouts from the deepest regions of the soul. These are a total of 21 themes where the soloist instrument of this musician pays a homage to the natural beauty surrounding them. The compositions were recorded rigorously live. Microphones specially set allowed for capturing the sound of the saxo as it was remodelled by the spectacular geological formation of the Grand Canyon. All the themes have something of the magic, the spiritual, and also all of them have been composed by Paul Winter, except for Canyon Chaconne and Canyon Chaconne (reprise), where his good friend Paul Halley has participated.”

“This album is breathtakingly beautiful… For those who are ready to listen, Canyon Lullaby evokes a majesty greater than anything human beings alone can create, a wholeness and beauty that emerge from the earth, are intrinsic to all life, and have been with us for eons, not only in canyon country, but everywhere. ”  – Talking Leaves, A Global Journal of Spiritual Ecology and Activism

“Paul Winter knew he wasn’t done with the Grand Canyon when he released the ensemble album Canyon in 1985. Drawn back again and again in his heart to the “great acoustic place” he’d discovered there, he returned to his musical sanctuary in Bach’s Canyon for a new series of recording sessions in the mid-1990s.

But this time, Winter came without his usual assortment of consort musicians. Instead, he decided to make his next album a private tribute to the landscape and to his new reverence for life born along with his daughter, Keetu, in 1996.

The result is Canyon Lullaby, a “day in the life” of the canyon recorded using only Winter’s soprano saxophone, the natural reverberations and background sounds of the canyon itself, and the recording equipment he and his crew could tote into the remote setting for the expedition.

Birds’ songs and calls, the rumble of a curious hummingbird, crickets chirping and the cries of bats fill in the gaps as Winter lets himself be inspired by his surroundings. The album is arranged in 21 tracks spanning a day from “Canyon Lullaby” at 4:30 a.m. and “First Light” at 5:15, through the morning and day (“Redbud Siesta” at 1:10 p.m., “Afternoon Sun” at 3:30) to nightfall (“Mars on the Rim” at 11 p.m., “Midnight Blue” at 12:10 a.m. and “Moon Shadows” at 1:20). There’s a nicely atmospheric thunderstorm rolling through the canyon for “Rain Blessing” (at 2:40). The day and the album both end with one final tune, “Canyon Chaconne (Reprise),” at 4 a.m.

People familiar with the full sounds of the Paul Winter Consort should not be disappointed by the sparser sound of Lullaby. It is a more introspective sound, to be sure, but in its way it’s also a more sweeping panorama — filling the senses with one man’s musical vision.” — Rambles