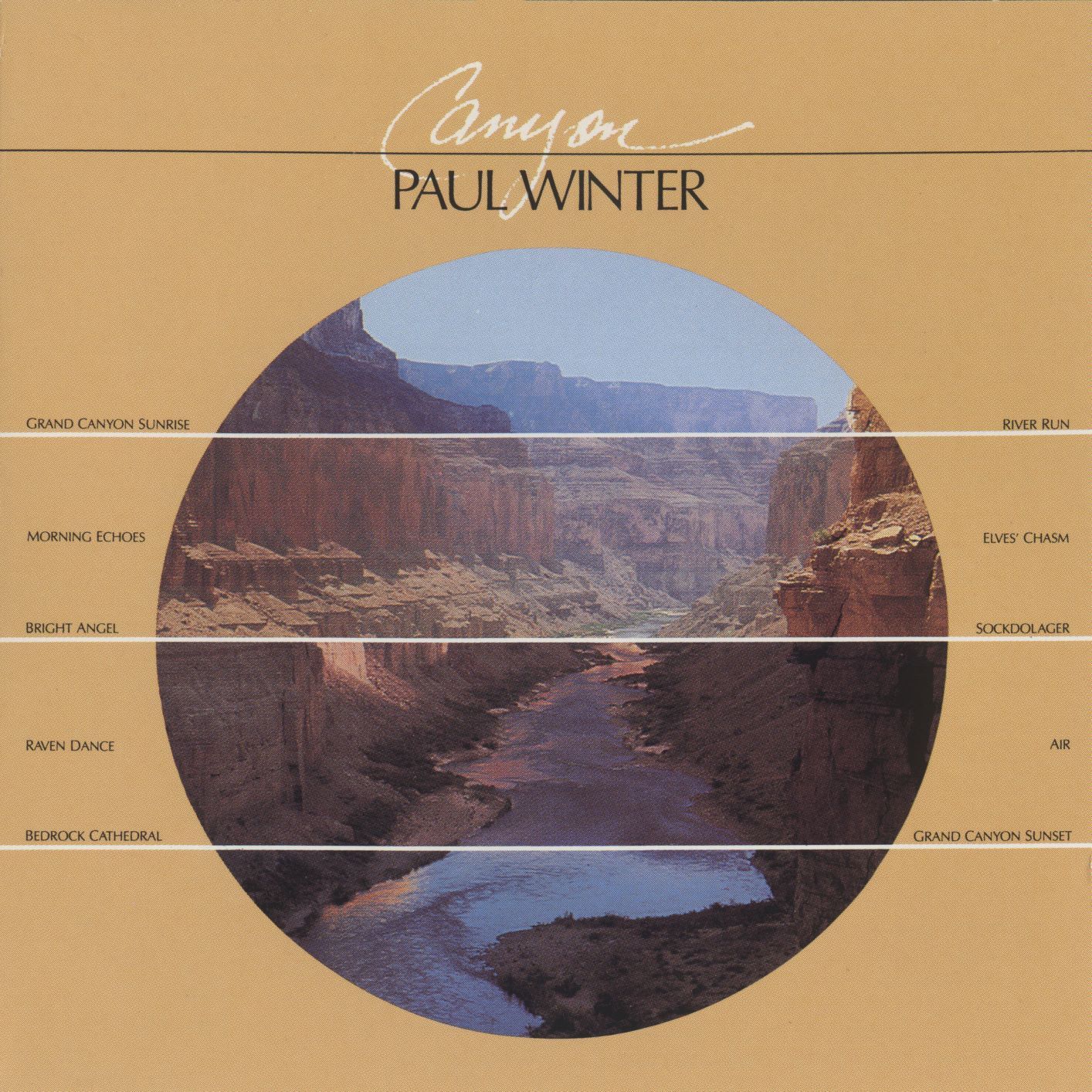 The Paul Winter Consort responds to the grandeur of the Grand Canyon during four rafting-recording expeditions down the 279-mile length of the Colorado River, improvising in the resonant acoustics of the side-canyons, grottoes and natural amphitheaters, interweaving their music with the voices of the residents of this ‘studio in the earth’.

The Grand Canyon is under siege on many fronts. Threats include the Escalade project, a proposed multi-million dollar super-mall and tramway into the Canyon; proposed expansion of groundwater pumping; and radioactive pollution from uranium mining that could create a hazardous situation for the Navajo community that has been living on this land for generations. http://www.grandcanyontrust.org/keep-the-canyon-grand.

The area of The Confluence, where the Little Colorado and Colorado Rivers meet, is held sacred by 18 American Indian tribe www.savetheconfluence.com

In the spring of 1963, Paul saw the Grand Canyon for the first time. He sat on the south rim and played his soprano sax, and as the sound disappeared into the vastness, he imagined the wondrous echoes somewhere in the depths below.

Ten years later he hiked partway down the Bright Angel Trail and found some of those echoes with his sax. He was fascinated by the idea of his group of musicians making music in this great reverberant space. In 1980, he returned with Consort musicians, instruments, and friends. They entered the canyon on rafts, since the most intimate way to experience the Grand Canyon is from the Colorado River.

Three more rafting and recording expeditions followed. After rafting each day for several hours, the group would find a resonant side canyon, grotto, or natural amphitheater, and improvise music from the place of awe, exultation and inspiration at the beauty and majesty, in collaboration with the Canyon itself.

Canyon Lullaby was also recorded in the Grand Canyon, and represents Paul’s continued exploration of a sound-vision in natural acoustics. Recording the album shortly after the birth of his first child, Paul said it reflected “a new tenderness for life and a deepened sense of awe for this planet as I stood in one of its most profound places. In that great and reverberant Canyon, under the desert sun and the midnight stars, I called out to the Earth and it resounded in response. ”In 1980, Paul accepted the invitation to become artist-in-residence at New York’s “green cathedral,” St. John the Divine, with the mandate to bridge spirituality and ecology with his music.

In 2015, Paul Winter’s 20th Summer Solstice Celebration affirmed and honored the rights of the traditional peoples who live in Grand Canyon country, raising awareness about the serious threats being faced there, including the proposed Escalade, a mega resort on the East Rim with a tramway going into the Canyon. Navajo singer Radmilla Cody was special guest, along with Delores Wilson-Aguirre and Wilson O. Wilson, Navajo representatives from the “Save the Confluence” campaign, who traveled from Arizona to the event to raise public awareness about their efforts  to stop the Escalade project.

“The eclectic instrumentation suggests the richness of the Canyon ecosystem. […] A gem of a record such as we have come to expect from a master musician.”

“Winter came back [from the Grand Canyon] with music that does more than echo the footfalls of burro; he strikes near the feeling that comes from confronting the Canyon’s immensity”. (PHILADELPHIA ENQUIRER)