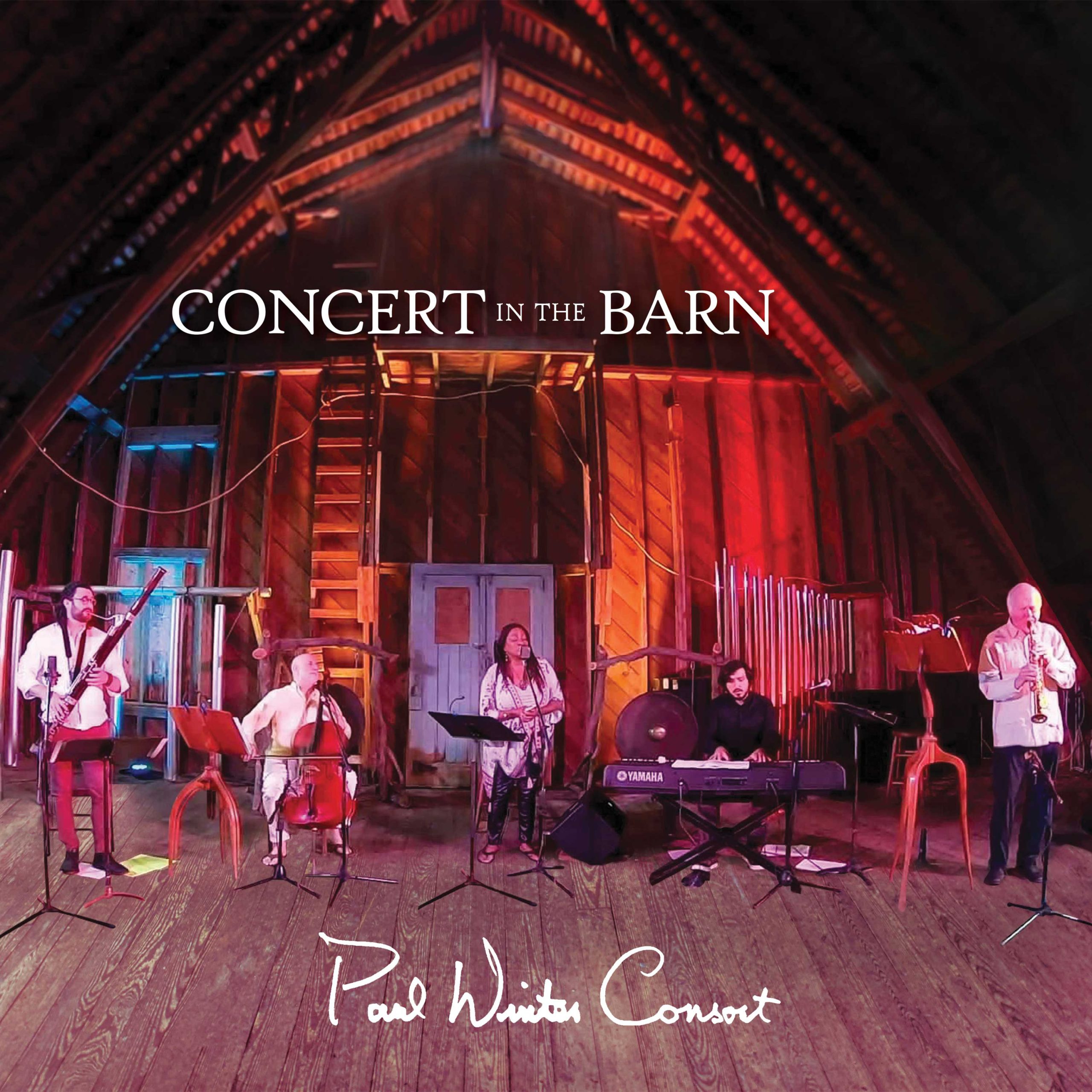 Concert in the Barn

The early morning is a magical time for listening. And a great time for making music, as well. The inspiration for this album comes from a long tradition of summer solstice celebrations by Paul Winter and his colleagues at New York’s Cathedral of St. John the Divine. For the previous 25 years, the Cathedral had been the venue for this event, to welcome the sunrise of the longest day of the year. With the Cathedral closed for performances during the pandemic, it was opportune to take advantage of the cathedralesque loft of Paul Winter’s barn as a grass-roots alternative to playing in the world’s largest cathedral.

The great majority of the pieces are new musical offerings by the Consort. Concert in the Barn embraces the gamut of genres that Paul Winter’s solstice celebrations have been known for, interweaving instrumental adventures with songs sung by Theresa Thomason and Jeff Boratko.

The music of Concert in the Barn comes forth in a continuous stream, having begun in total darkness at 4:30 a.m., flowing on, with the slow crescendo of the dawn, until its final climax with the first sunrise of the summer.

“Succinctly put, Winter does it again. Certainly a compelling contemporary record, this time around he breaks down barriers that could have derailed this and takes it to new heights. Summer will be arriving on schedule this year. Well done.”

“The recording itself is beautiful; the sounds of the instruments in the cathedral-looking loft of the barn are just haunting in their presence and ambiance. The cello especially for me just sounds so warm and inviting with a tactile realness to it that I could almost touch. This is not to take away from the other instruments: the sax, piano, bassoon, and vocals gave me a feeling of an intimate concert in their presence right there in my listening room.” – Dennis Russo, Critical Blast

“For a quarter-century, jazz saxophonist Paul Winter and his bandmates welcomed the summer solstice with a concert at New York’s Cathedral of St. John the Divine. But that venue was closed for performances during the pandemic and Covid made it impossible for some of Winter’s regular accompanists to travel. That’s when he proved that his ability to improvise wasn’t limited to his musical instrument. Winter decided to perform his 2021 solstice concert in a barn on his Connecticut property and found capable substitutes for the musicians who couldn’t fly in. The hour-long, mostly instrumental result, which was recorded beginning at 4:30 a.m., is among the 82-year-old Winter’s finest works. Highlights include “Icarus” and “The Silence of a Candle,” both by Ralph Towner, who first worked with Winter in the late 1960s, before leaving to form Oregon; and three numbers by Brazilian composer Henrique Eisenmann, who plays piano on the set. This soothing, uplifting concert deserves loud applause, but you won’t hear any because the audience consisted solely of two horses in a stable below the musicians.” – Jeff Burger Americana Highways

“The album acts as a jazz narrative, beginning in the mournful breath of winter, the air instrument ensemble crooning over the piano, which acts as both sole percussionist and orator when voices haven’t yet joined. The lament of the first two tracks set the scene of our tiredness with winter and melts away with the first strains of bird song, which are mimicked by instrumentation and eventually become an altogether orchestrated effort on the part of the band. Even as the music swells, however, we never lose touch with the birdsong of the eponymous creature, melding in an alchemical swirl of aural ode to the natural world and the evolving, social one within which we humans dwell.”   – Lance Marwood, V13