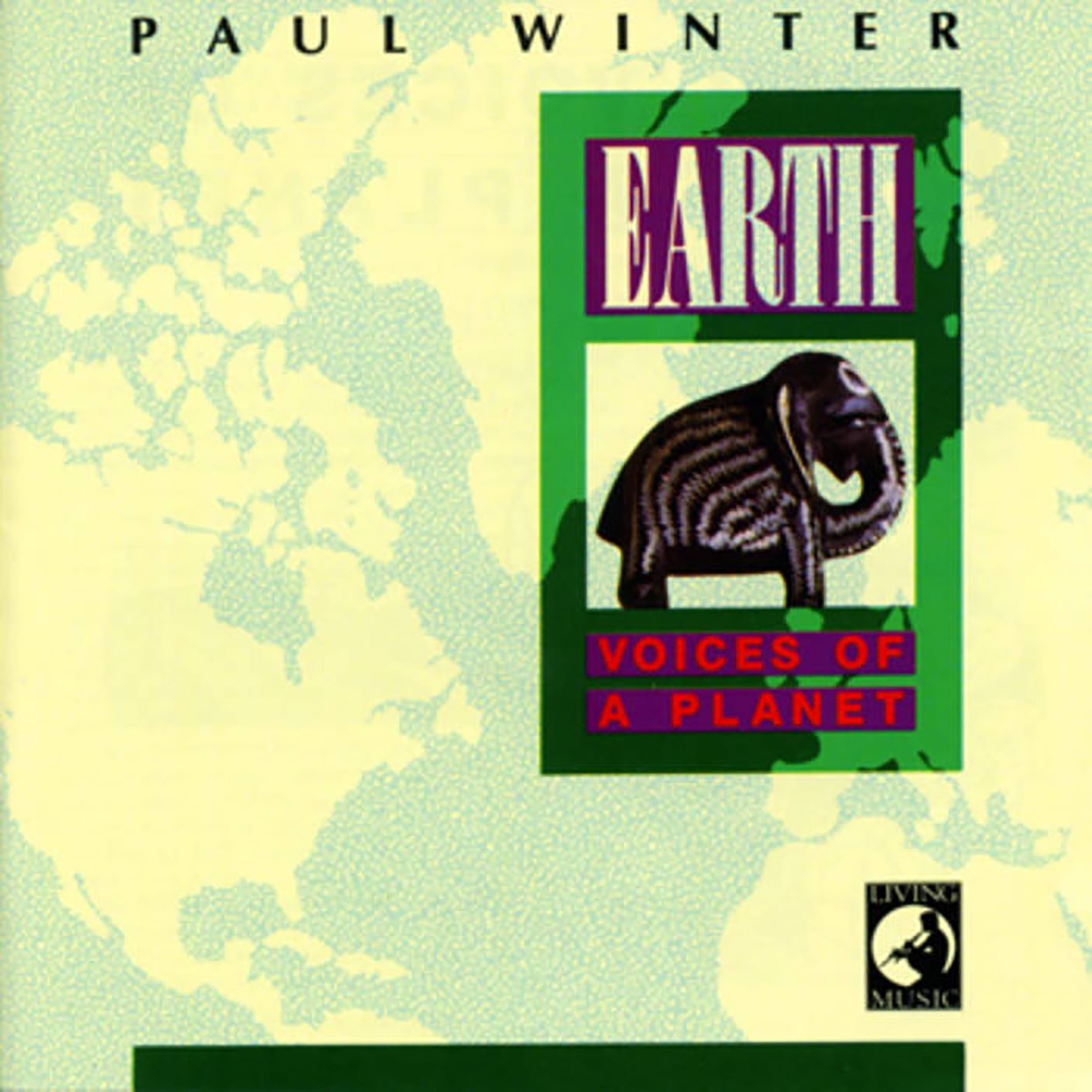 Earth: Voices of a Planet

Earth: Voices of a Planet was commissioned for the 20th anniversary of Earth Day, 1990, and was premiered in Times Square at the Earth Day New York events by the Paul Winter Consort and special guests. Featuring the voices of  spotted owl, elephants, uirapurú (musical wren), Australian lyrebird, European blackbird, and Weddell seal calls.

“A fabulous CD. Each track represents a different continent. And on each track Winter has mixed natural sounds from that location with his saxophone and the other musicians.”

“This musical offering was created by the Paul Winter Consort and friends to celebrate the 20th anniversary of Earth Day. “Earth: Voices of a Planet” is another release that does a good job of showcasing the diverse creativity of this group’s work, with a special focus on their efforts to collaborate with wildlife and the environment. The tone of the album tends toward the classically symphonic and avant garde as the consort staples of pipe organ, cello, flute, saxophone, piano and French horn blend with the calls of elephants, whales and birds, and the sounds of water and wind. Moods of the compositions range from cheerful to mysterious, playful to respectful. As in much of Winter’s work, the animals are often allowed to take the lead while the human musicians follow along, respectfully and artfully arranging their melodies and harmonies around the voices of their creature counterparts. Also as usual, the music is fascinating to follow: never boring and never the same. Yet there is a continuity to the Winter Consort’s work and a consistency to their voice. Drawing inspiration from many corners of the world, these musicians consistently find ways to blend diverse elements into a harmonious and triumphant whole. Defying traditional categorizations like jazz, classical, ethnic or New Age, their music creates a style unto itself, and one well worth hearing!” – Brianna Neal (listener)