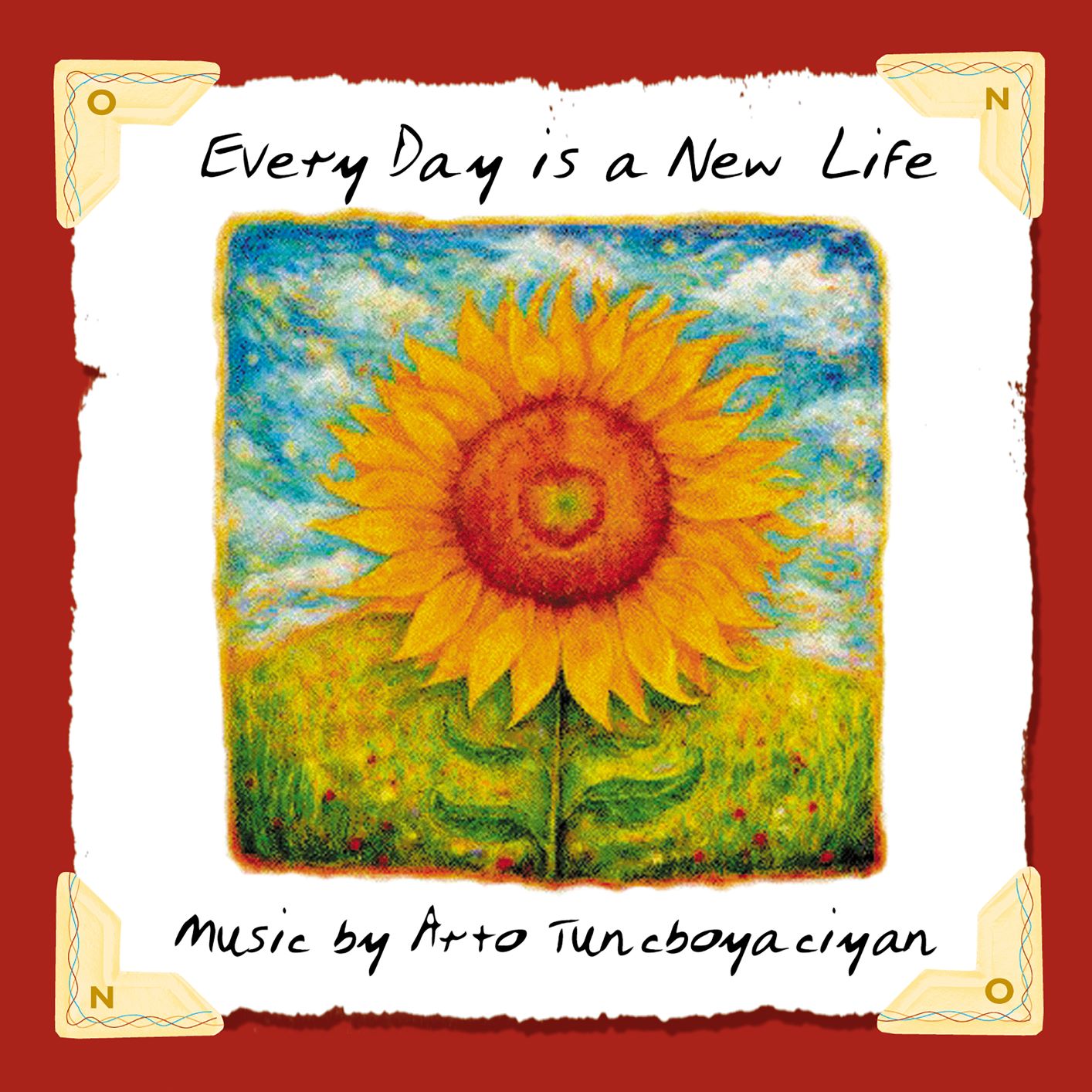 Every Day is a New Life

The US debut album by legendary Armenian vocalist, percussionist and instrumentalist, Arto Tunçboyacıyan. Arto sings, accompanying himself on the traditional six-stringed sazebo, solos on the traditional double-reed duduk, and plays percussion. He has arranged 11 original compositions for a dynamic world music experience with this ensemble of 10 players.

Known most widely for his percussion work with jazz artists, such as Joe Zawinul, Al Di Meola, Chet Baker and Oregon, as well as with Greek artists such as Eleftheria Arvanitaki, Arto puts forth here for the first time the complete spectrum of his multi-faceted abilities.

“I don’t sit down and write music. The music I play is the sound of my life. Something happens, good or bad, and it inspires me. And when music becomes the sound of your life, your life becomes music.”

The compositions on Every Day is a New Life reflect Arto’s multicultural outlook as well as the experiences which have marked his life, such as the sudden death of his brother Onno.

Born to an Armenian family, life for Arto began in Turkey, where at a very early age he became a well-known studio musician. He immigrated to the United States in 1981, and since then has collaborated with an array of outstanding jazz and world music artists.

The youngest child in his family living near Istanbul, Turkey, Arto has been open to other cultures from an early age. Growing up as a member of Turkey’s beleaguered Armenian community meant that Arto and others like him were unable to explore their own cultural heritage. Arto’s father was a shoemaker, but his brother, Onno, became a bass player and composer, and Arto soon followed in his footsteps.

By the age of 11 Arto was one of several percussionists in a band with Onno, playing traditional and popular Anatolian music. Arto says: “My brother Onno taught me how to communicate with people and with life. It was always a pleasure to be involved in any project that he was involved with; not because he was my brother but because he was a great artist.” When Onno formed his own band, playing in a more Westernized style, Arto joined him, playing trombone and percussion. With his brother’s support several years later, and after having appeared on over 2000 recordings, Arto left Turkey for America looking for an environment condusive to greater personal expression.

Arto has performed and recorded with an array of outstanding jazz and world music artists, including popular Greek artists such as Eleftheria Arvanitaki, as well as the Spanish guitarist Gerardo Nuñez, and Joe Zawinul, Al Di Meola, Oregon, Joe Lovano, Wayne Shorter, Don Cherry, Arthur Blythe, Omar Faruk Tekbliek, Nan· Vasconcelos and many others. The sudden loss of Arto’s brother Onno in a plane accident in 1996 gave birth to two albums created by Arto with Ara Dinkjian and recorded in Greece. Arto has also recorded with Ara Dinkjian as a member of Night Ark.

Besides the vocals on Every Day is a New Life, Arto also plays sazabo, duduk and percussion. Says Arto: “When people accept me as who I am, I feel like the World is my country.”