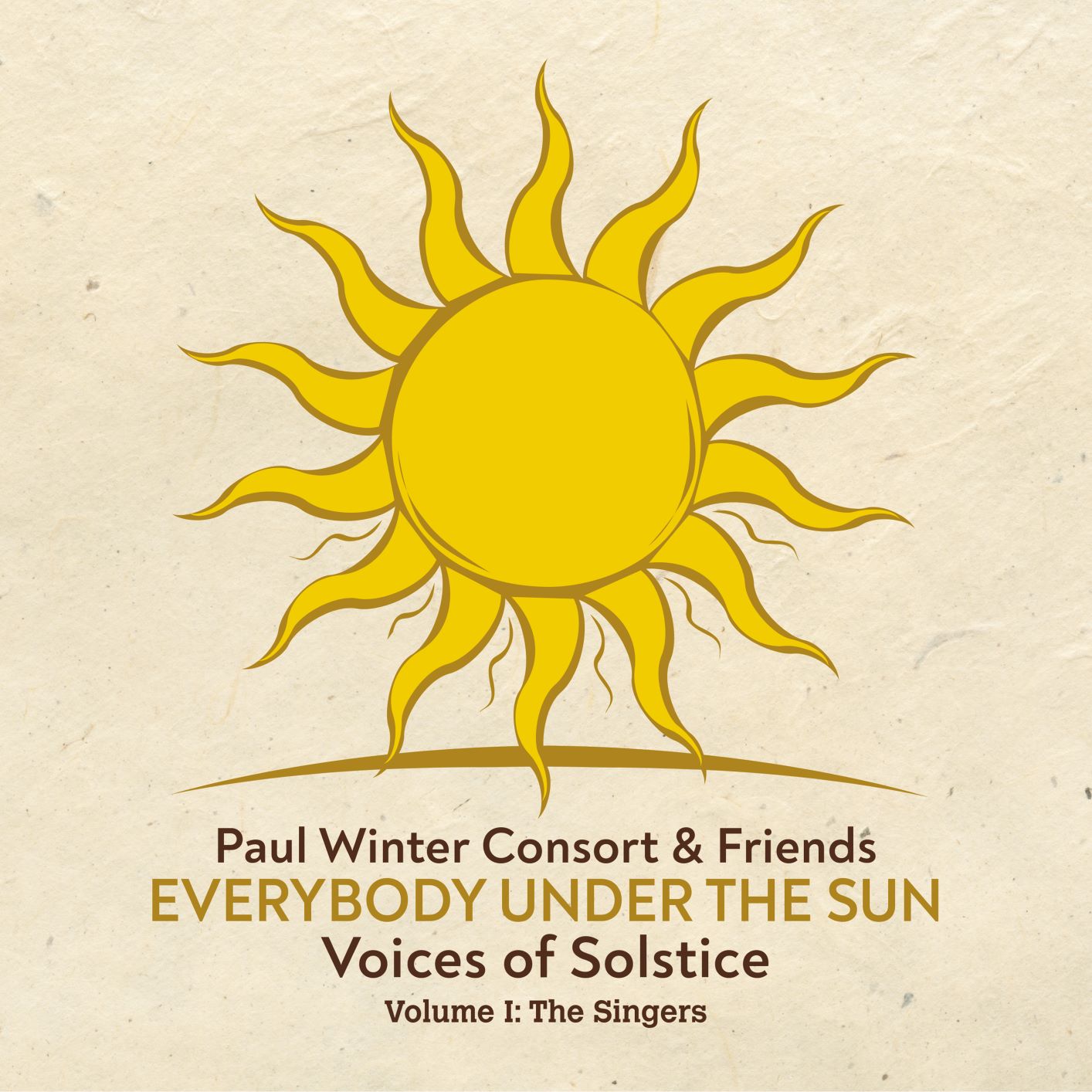 Everybody Under the Sun

A two-disc anthology of iconic vocal performances recorded live during 40 years of Paul Winter’s annual Winter and Summer Solstice Celebrations at New York’s Cathedral of St. John the Divine. In keeping with the universal embrace of the solstices, and the intercultural ecumenical welcoming tradition of the Cathedral, these milestone concerts always feature special guest performers. The album highlights the phenomenal acoustics with a tapestry of global song that showcases 22 singers from 13 cultures around the world. (Volume II: The Players, featuring a diverse group of instrumentalists drawn from 40 years of Solstice Celebrations, will be its sequel.)

A mighty feast for the ear, the mind, and the spirit, the 150-minute album is structured in two halves, programmed like a concert, though these performances took place over 39 years—seven-time Grammy Award winner Paul Winter and his ensemble, the Paul Winter Consort, have been artists-in-residence at the Cathedral of St. John the Divine since 1980.

Central to all the traditions of Solstice is the renewal of spirit, symbolized by the rebirth of the sun. Winter Solstice is a time for healing, and for hope; it is a time to celebrate community and relatedness; and a time to honor the diversity and the unity of this great cornucopia of life on Earth. In remembering the Solstice, we resonate once again with the rhythm of the cosmos, and allow our hearts to embrace the optimism of our ancient knowledge that the light will overcome the darkness.

“This album, to me, is a resounding manifestation of the multiculturalism that is one of the great hallmarks of our country. America has long been a sanctuary that has welcomed and embraced peoples from everywhere, and we are committed to doing everything we can to ensure that it will continue to do so.”

“J. S. Bach had his “Art of Fugue,” Beethoven had his 32 Piano Sonatas, his 16 String Quartets, and his nine symphonies, James Joyce his Ulysses, and Walt Whitman his Leaves of Grass.  It is in this spirit of summing up that we receive this beautiful gift from Paul Winter.  But it is more than a bringing together of one artist’s work, it is a bringing together of the international humanity that celebrates our oneness.  If the existential problems of the 21st century are going to be met and solved, the music in the two volumes of Everybody Under the Sun: Voices of Solstice will provide a template of unity, empathy, and mutual aid that will show us the way.  Life, love, and beautiful music are wonderful things and this recording is imbued with all three.” — Richard Frazier, Professor of Music, San Francisco

“The acoustics are sublime with the warm ambiance of the Cathedral just adding to the chills up-the- spine moments throughout this anthology. …This is music we need more now than ever… .” Audiophile Audition

“The most killer of killer stuff”  — Midwest Record