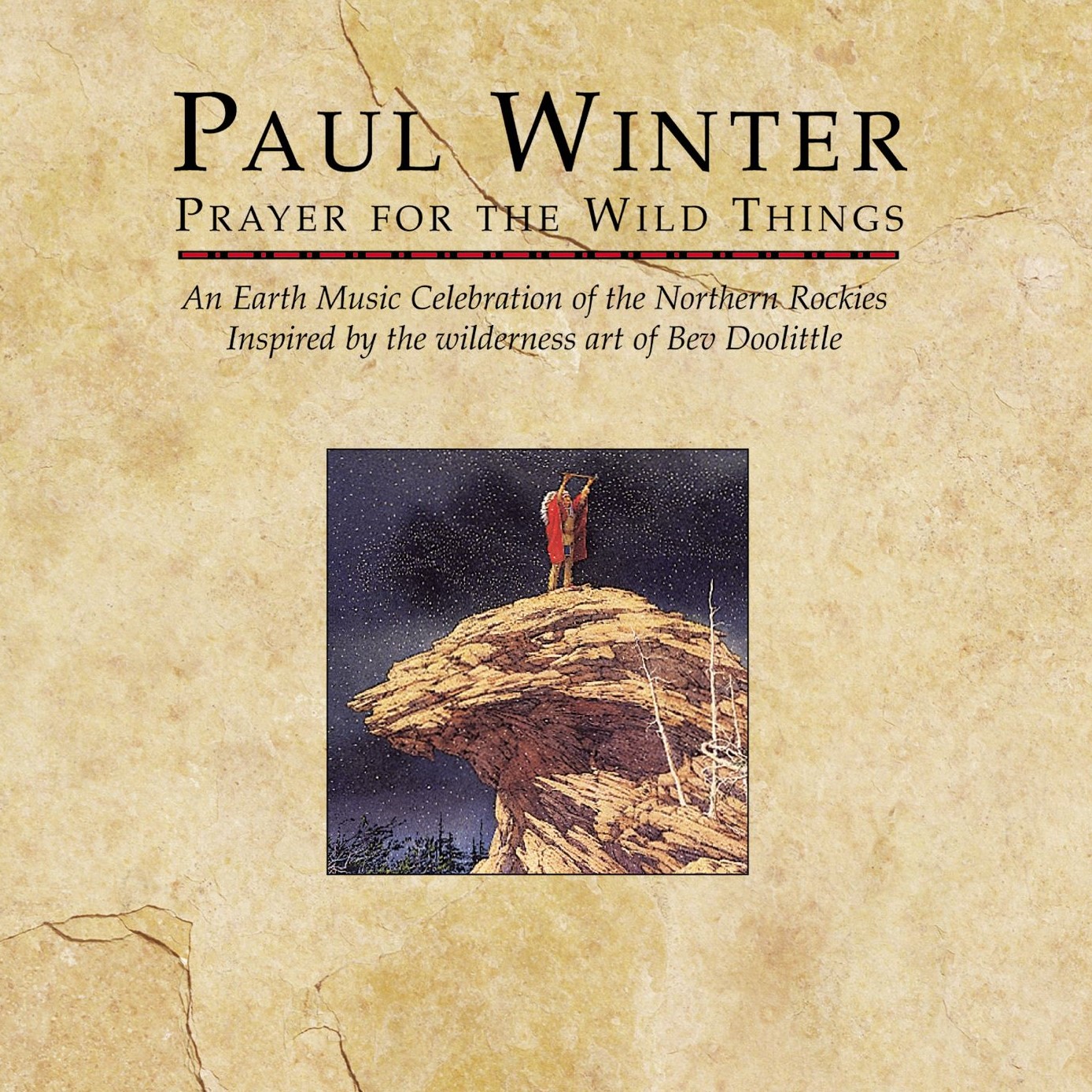 Prayer for the Wild Things

Paul Winter’s Grammy-winning album commissioned to accompany Bev Doolittle’s painting containing images of mammals from the Northern Rockies, Prayer for the Wild Things was conceived as an imaginary journey through a day and night in the Rocky Mountains. Recurring saxophone motifs link vignettes of animals depicted by symphonic instruments and the voices of the creatures themselves. Joining Paul Winter for this recording is the Earth Band, with the voices of twenty-seven mammals and birds, and Native American singing and drumming by Arlie Neskahi and the White Eagle Singers.

Paul Winter writes: “I envisioned an imaginary journey through a day and night in the Northern Rockies, based on a series of vignettes about the animals, with the saxophone recurring throughout as a kind of interlocutor. I selected instruments to represent seven of the animals we had seen or heard, and aspired to create pieces that celebrate the spirit of the respective creatures, reflecting something of my impressions from watching them move or hearing them vocalize. In choosing the themes, it was important that each of these solo melodies would interweave harmoniously with all the others. I wanted the finale to be a kind of retrospective overture, as a musical analogy to the painting, in which the animals would come alive and give voice together, and then, in the closing unison melody, blend into the mountain landscape again.”

“The invitation by The Greenwich Workshop to create a companion album to Bev Doolittle’s painting, Prayer for the Wild Things, was an honor for me, as I deeply respect Bev’s work, and I have had a long-time reverence for Native American traditions and for the wilderness realm of the Rocky Mountains.”

“Whether we are hearing nothing but Paul Winter’s soprano sax duetting with goose, raven or loon, or whether we are seranaded by various ensemble groupings of the top-flight Earth Band, Prayer is one of the finest musical tributes ever offered to the Americian wilderness – multi-faceted, entertaining, dynamic, profoundly reverential and brilliantly executed” (REAL TO REEL NEWS)

The wildlife voices that occur with the saxophone solos were recorded at Gates of the Mountains (Montana), Glacier National Park (Montana) and Yellowstone National Park (Wyoming).